INFO - JOIN ME AT rossatkitchen.blogspot.com

PLEASE JOIN ME AT rossatkitchen.blogspot.com AS I NOT BE UPDATING ANY MORE POST IN THIS BLOG.

Admin
Posted by ross@kitchen at 11:32 PM No comments: 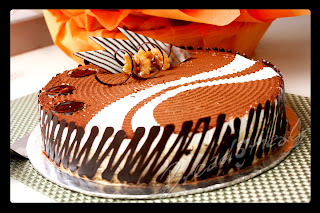 " Pick me up!!"... Tiramisu is a one of the most popular Italian cakes. This is my version of Tiramisu.
It is a layered dessert, consisting of alternating layers of coffee-soaked Savoiardi biscuits (finger biscuits) and mixture of mascarpone cheese, eggs and sugar. Cocoa powder is sifted on top (and sometimes between layers) as both a garnish and a bitter counterpoint to the sweetened cheese mixture. 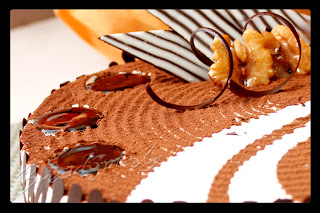 Well, i'll be posting the other version of Tiramisu on my next post. See ya!!
Posted by ross@kitchen at 10:33 AM 1 comment: 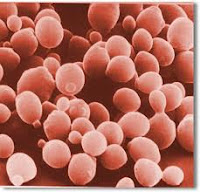 Hmm... another product where YEAST is concerned... ( A friend of mine CANNOT accept the fact that YEAST and "Ragi"- for 'penapaian' of tapai is the same thing.... I just dont know how to convince her that those are the same thing, regardless the name and the physical appearance of both..... well, cant comment much of her naivety though....

*here's some info about the above mentioned... 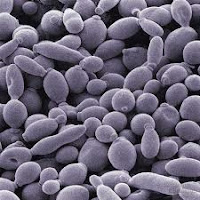 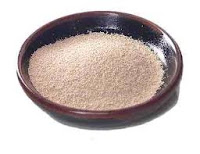 Yeasts are eukaryotic micro-organisms classified in the kingdom Fungi, with the 1,500 species currently described estimated to be only 1% of all yeast species. Most reproduce asexually by budding, although a few do so by binary fission. Yeasts are unicellular, although some species with yeast forms may become multicellular through the formation of a string of connected budding cells known as pseudohyphae, or false hyphae, as seen in most molds.Yeast size can vary greatly depending on the species, typically measuring 3–4 µm in diameter, although some yeasts can reach 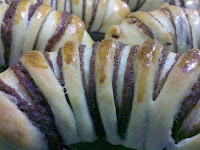 over 40 µm.
The yeast species Saccharomyces cerevisiae has been used in baking and in fermenting alcoholic beverages for thousands of years. It is also extremely important as a model organism in modern cell biology research, and is one of the most thoroughly researched eukaryotic microorganisms. Researchers have used it to gather information about the biology of the eukaryotic cell and ultimately human biology. Other species of yeast, such as Candida albicans, are opportunistic pathogens and can cause infections in humans. Yeasts have recently been used to generate electricity in microbial fuel cells, and produce ethanol for the biofuel industry.
Yeasts do not form a single taxonomic or phylogenetic grouping. The term "yeast" is often taken as a synonym for Saccharomyces cerevisiae,but the phylogenetic diversity of yeasts is shown by their placement in two separate phyla, the Ascomycota and the Basidiomycota. The budding yeasts ("true yeasts") are classified in the order Saccharomycetales. 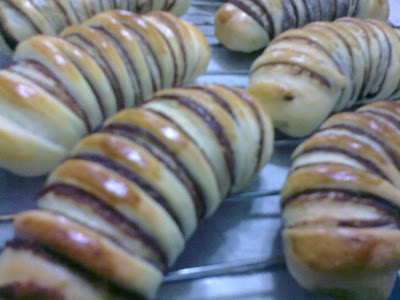 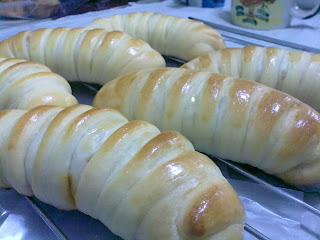 Yeast is used in nutritional supplements popular with vegans and the health conscious, where it is often referred to as "nutritional yeast". It is a deactivated yeast, usually Saccharomyces cerevisiae. It is an excellent source of protein and vitamins, especially the B-complex vitamins, whose functions are related to metabolism as well as other minerals and cofactors required for growth. It is also naturally low in fat and sodium. Some brands of nutritional yeast, though not all, are fortified with vitamin B12, which is produced separately by bacteria. Nutritional yeast, though it has a similar appearance to brewer's yeast, is very different and has a very different taste.
Nutritional yeast has a nutty, cheesy, creamy flavor which makes it popular as an ingredient in cheese substitutes. It is often used by vegans in place of Parmesan cheese. Another popular use is as a topping for popcorn. It can also be used in mashed and fried potatoes, as well as putting it into scrambled eggs. It comes in the form of flakes, or as a yellow powder similar in texture to cornmeal, and can be found in the bulk aisle of most natural food stores. In Australia it is sometimes sold as "savory yeast flakes". Though "nutritional yeast" usually refers to commercial products, inadequately fed prisoners have used "home-grown" yeast to prevent vitamin deficiency. 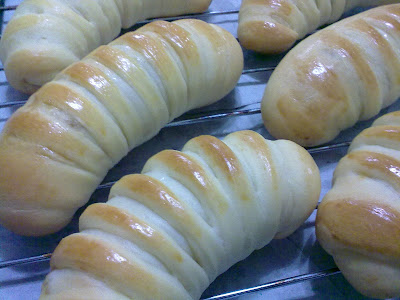 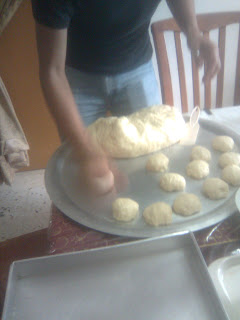 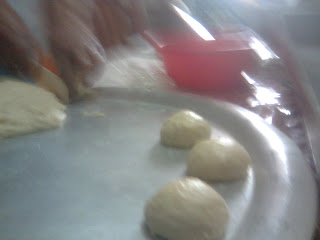 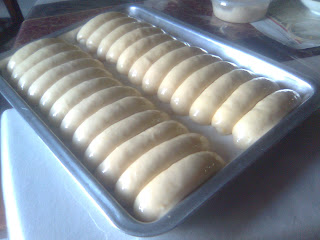 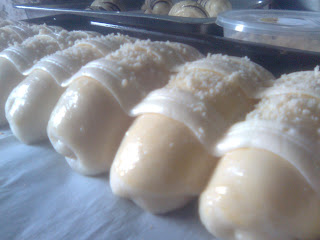 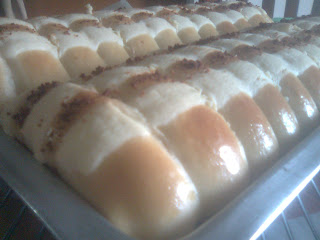 Read more »
Posted by ross@kitchen at 9:53 AM No comments: 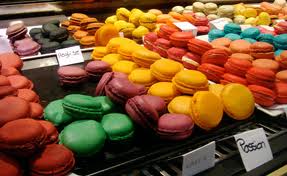 A macaron is a sweet confectionery. Its name is derived from an Italian word "maccarone" or "maccherone". This word is itself derived from ammaccare, meaning crush or beat, used here in reference to the almond paste which is the principal ingredient. It is meringue-based: made from a mixture of egg whites, almond flour, and both granulated and confectionery sugar.
The confectionery is characterized by its smooth, domed top, ruffled circumference (referred to as the "foot"), flat base, mildly moist and easily melted into mouths. Connoisseurs prize a delicate, egg shell-like crust that yields to a moist and airy interior. The macaron is commonly filled with a buttercream or jam filling sandwiched between two macaron cookies.
Macarons can be found in a wide variety of flavors that range from the traditional (raspberry, chocolate) to the new (truffle, green matcha tea). Since the English word macaroon can also refer to the Coconut macaroon, many have adopted the French spelling of macaron to distinguish the two items in the English language. However, this has caused confusion over the correct spelling of the cookie. Some recipes exclude the use of macaroon to refer to this French confection while others think that they are synonyms.

Posted by ross@kitchen at 9:03 AM No comments: 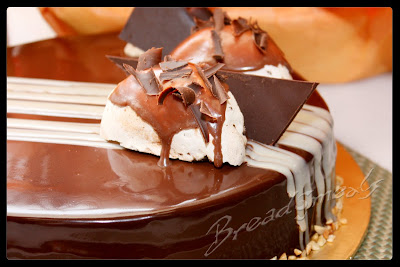 1. It is a known fact that chocolate has caffeine in it. But did you know that you would have to eat more then a dozen chocolate bars to get the same amount of caffeine from a cup of coffee? There are about 5 to 10 mg's of caffeine in one ounce of bitter chocolate, 5 mgs in milk chocolate, and 10mgs in a six-ounce cup of cocoa.

2. Chocolate is actually a valuable energy source. A single chocolate chip can provide enough energy for an adult human to walk 150 ft.

4. Chocolate does not cause or aggravate acne, this is a myth.

5. One ounce of baking chocolate or cocoa contains 10% of the daily recommended intake of iron.

6. Chocolate can be deadly for dogs. Chocolate contains an ingredient called "Theobromine" which can be toxic to a DOGs central nervous system and cardiac muscles.

7. People spend more than $7 billion dollars a year on chocolate.

8. The per capita consumption of chocolate indicates that each person consumes 12 pounds of chocolate each year.

9. Milk Chocolate is the most preferred type of chocolate, however dark chocolate is especially popular among men.

10a. Women appear to crave chocolate more than men, including diabetics. Some amongst these women reported that only chocolate and nothing else could satisfy their craving. The presence of magnesium in chocolate can account for the fact that during PMS (Post Menstrual Syndrome) craving for chocolate increases in women, as during this period a deficiency of magnesium may arise. Well...guys, next time you need to get your girl in the right mood....look no further advice...hik hik hik.

Posted by ross@kitchen at 7:33 PM No comments: 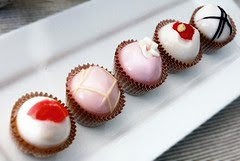 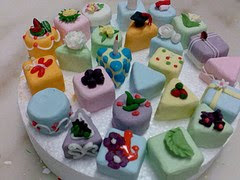 A petit four is a small confectionery, generally eaten at the end of a meal (e.g. with coffee) or served as part of dessert. The name is from the French petit four, meaning "small oven".

There are also petits fours salés (salé meaning "salted" or "savoury"), which are bite-sized salted appetizers usually served as part of cocktail parties or buffets.

Petits fours were traditionally made during the cooldown process of brick ovens fired by coal fuel in the 18th century. Coal heat is hard to control as it burns much hotter than wood, and at the time was much more expensive so waste of the heat generated was not an option. 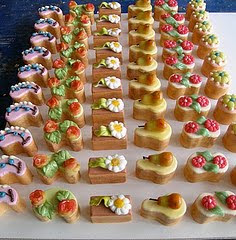 Posted by ross@kitchen at 9:57 PM No comments: